The condition was separately described by two people working individually, each unaware of the other’s work.

In the early 1980s New Zealand teacher Olive Meares described the visual distortions some individuals reported when reading from white paper, Meares realised that the brightness contrast of black-on-white print is a major contributory factor to the reading difficulties of some children.

While at the same time American therapist Helen Irlen wrote a paper about the use of coloured overlays aiding the reading abilities of some people. 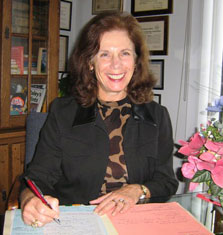 Irlen, who was the first to systematically define the condition, named her findings “Scotopic Sensitivity”, though in the discussions and debates over the following years some often referred to it as Meares-Irlen syndrome.

Irlen Syndrome is treated by choosing from 75 sets of graded of coloured lenses from across the spectrum of visible and invisible light in matched pairs.