You will see a lot written about the Dyslexics ability to process information in a three dimensional spatial context, but what does this mean and what are the implications?

Well in other pages we have identified the speed of dyslexic thought. Whereas the average person summons around 150 images per second, the dyslexic can muster from 1500 to 4000 images per second.  But the fact that this can also be done on a three dimensional basis makes the Dyslexic skill set very special indeed.

Dyslexics are over represented in the top ranks of people who are unusually insightful, who bring a new perspective, who think out of the box.

The dyslexics gift of mastery: once they have learned something experientially, pictured and mapped it three dimensionally they understand it on such a deep level that they know how to do things intuitively without thinking about how.

The dyslexic’s abilities have been recognised by NASA (North American Space Administration) Over 50% of NASA employees are reported as dyslexic. They are said to be deliberately sought after because they have superb problem-solving skills and excellent 3D and spatial awareness.

It is not uncommon for a Dyslexic to be able to project the view around the back of an item, even letters are sometimes seen as three dimensional. Their perspective can be moved from where they are, to anywhere around the object, above, below or inside.

The best analogy for the non Dyslexic to visualise this is to imagine an infinitely flexible CAD drawing system using three dimensional items rather than lines evolving at up to 4000 items per second whilst manipulating the item in space. 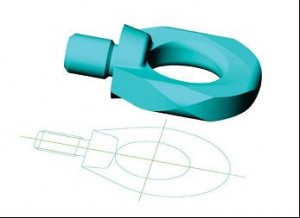 This thought process, combined with the gift of mastery, makes the dyslexic a very powerful asset to have on board your team.

It is for this reason that Dyslexics are suited to roles as systems analysts, and that you will often get an instinctive response to highlight issues within a process.